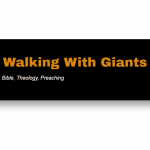 O Loving wisdom of our God!
When all was sin and shame,
A second Adam to the fight
And to the rescue came

But according to 1 Cor 15:45, Jesus is the last Adam, showing that he is not one in a possible series, but the only and final alternative to the first Adam.

Jesus is indeed called ‘the second man’ in 1 Cor 15:47, because he was the only man since Adam to stand as fully human in the world, and because he is the first of a new series, a new humanity, Rom 8:29).

Christ ‘became’ a ‘life-giving Spirit’ consequent upon his resurrection, when he was declared with power to be the Son of God, Rom 1:4, and took up his role as mediator and life-giver to all who believe.

In Rom 5:12, Paul deals with Adam not just as a symbol of fallen humanity, but as an historical fact; cf Mk 10:6. When he says in that verse ‘all sinned’, he is involving all of humanity in Adam’s primal sin and rebellion; we are therefore involved in its consequences, including condemnation. The role of Adam is explained either in terms of ‘federal headship’ (with overtones of political representation) or ‘seminal headship’ (suggestive of genetic inheritance).

In Rom 5 ‘we are given the Christian explanation of of man’s painful history and crippled progress and the Christian justification of God in the face of life’s cruel disorder, injustice and failure. Here we have the Bible’s plain and principal answer to the common complaint, “Why does God allow such evil, such injustice, such cruel suffering as we meet in the world?” Humanity has been allowed to work out what it first worked up. Our entire history of malice and misfortune is the outworking of our rebellious independence of the God who made us for himself and without whom we cannot live well in our world. This, then, is the historic Christian doctrine of original sin – that God has imputed to the whole of the human race, including ourselves, the sin of Adam’s original rebellion, and has done so justly.’ (Peter Lewis, The Glory of Christ, 205).

Rom 5:13-14 apply this to the fact and universality of death. ’The biblical teaching concerning death is that it is not “natural” where man is concerned, but “penal.” Man was not originally created to die, he was not originally “programmed” for death – that is why he can never really come to terms with it! Even now, so many generations later, he is still outraged at its savagery, its fruitlessness and its unfathomed possibilities. Death was decreed as man’s lot when he sinned, and as a part of the total curse which lies upon sin, (Ge 2:15-18) summing up in its futility and horror the enormity of sin’s crime and the catastrophe of sin’s punishment. Rebellion against God led to final and eternal alienation from God, and of this death is still the most potent reminder. Paul’s point is that the universality of death is the result of the universality of guilt, and the sin of which all human beings are guilty is the original sin of the original man.’ (Peter Lewis, The Glory of Christ, 205f)

’The Adam-Christ parallel not only casts a clear light on the significance that Paul ascribes to Christ himself, but also on the way in which he [Christ] sees his own [people] as involved in him and with him in his redemptive work. This is very clear, for example, from the words of 1 Cor 15:22 “…for as in Adam all die, so also in Christ shall all be made alive”…Here “in Christ” is parallel with “in Adam.” Herewith the character of this “in” becomes plain. As the decision has fallen in Adam with respect to the “all” who pertain to him, that they should die, so in Christ that they shall live…Adam and Christ here stand over against each other as the two great figures at the entrance of two worlds, two aeons, two “creations,” the old and the new; and in their actions and fate lies the decision for all who belong to them, because these are comprehended in them and thus are reckoned either to death or to life. This is now expressed by “in Adam” and “in Christ.” And it is therefore in this sense that Adam can be called a type of him who was to come.’ (Ridderbos)