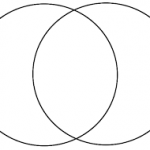 According to Fee & Stuart,

‘The early Christians came to realize that Jesus had not come to usher in the “final” end but the “beginning” of the end, as it were. Thus they came to see that with Jesus’ death and resurrection, and with the coming of the Spirit, the blessings and benefits of the future had already come. In a sense, therefore, the end had already come. But in another sense the end had not yet fully come. Thus it was already but not yet.’

‘The early believers, therefore, learned to be a truly eschatological people. They lived between the times—that is, between the beginning of the end and the consummation of the end. At the Lord’s Table they celebrated their eschatological existence by proclaiming “the Lord’s death until he comes” (1 Cor 11:26). Already they knew God’s free and full forgiveness, but they had not yet been perfected (Phil 3:10–14). Already victory over death was theirs (1 Cor 3:22), yet they would still die (Phil 3:20–21). Already they lived in the Spirit, yet they still lived in the world where Satan could attack (e.g., Eph 6:10–17). Already they had been justified and faced no condemnation (Rom 8:1), yet there was still to be a future judgment (2 Cor 5:10). They were God’s future people. They had been conditioned by the future. They knew its benefits and lived in light of its values, but they, as we, p 153 still had to live out these benefits and values in the present world.’

‘Already the kingdom of God has been inaugurated and is advancing; not yet has it been consummated.  Already the new age (the age to come) has come, so that we have “tasted…the powers of the coming age”; not yet has the old age completely passed away.  Already we are God’s sons and daughters, and no longer slaves; not yet have we entered “the glorious freedom of the children of God”.  An overemphasis on the “already” leads to triumphalism, the claim to perfection – either moral (sinlessness) or physical (complete health) – which belongs only to the consummated kingdom, the “not yet”.  An overemphasis on the “not yet” leads to defeatism, an acquiescence in continuing evil which is incompatible with the “already” of Christ’s victory.’

In the social sphere

Stott notes elsewhere that one of the areas of tension between the ‘now’ and the ‘not yet’ is in the social sphere, in the area of progress. ‘Already, we affirm God is at work in human society. This is partly in his “common grace,” as he gives the world the blessings of family and government, by which evil is restrained and relationships are controlled. But it is also through the members of his redeemed community, who maintain without compromise the values of his kingdom. They must penetrate society, Jesus taught, like salt and light. It is legitimate to deduce from these models that Jesus intended his followers to influence the world for good. For both are effective commodities. They make a difference in the environment in which they are placed, salt hindering decay and light dispelling darkness. In consequence there has been over the centuries, alongside social decay, measurable social progress – the greater availability of health care, the spread of literacy and education, the defence of human rights, improved working conditions, the abolition of slavery and the slave trade, and the protection of the weak and the vulnerable.

Not yet, however, has God created the promised “news heaven and…new earth, the home of righteousness,” 2 Pet 3:13 Rev 21:1. Not yet has the justice of the kingdom ousted all oppression, and the peace of the kingdom all violence. There are “wars and rumours of wars,” Mk 13:7. Not yet have swords been beaten in ploughshares and spears into pruning hooks, Isa 2:4. The nations have not yet renounced war as a method of settling their disputes. Selfishness, cruelty and fear continue.

So then, although it is right to campaign for social justice and to expect to improve society further, in order to make it more pleasing to God, we know that we shall never perfect it. Christians are not utopians. Although we know the transforming power of the gospel and the wholesome effects of Christian salt and light, we also know that evil is ingrained in human nature and human society. We harbour no illusions. Only Christ at his second coming will eradicate evil and enthrone righteousness for ever. For that day we wait with eagerness.’ (The Contemporary Christian, 389f)