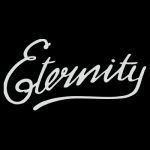 In his book The Fire That Consumes Fudge devotes an entire chapter (chapter 4) to the meaning of the Greek word aiōnios (usually translated ‘eternal’).

The key question is this: does the word mean (a) everlasting, (b) characteristic of the age to come, or (c) either or both of these (depending on context)?

Shedd insists: ‘The truth is, that aiōn is a term that denotes time only, and never denotes the nature and quality of an object.’

On the other hand, F. W. Farrar maintained with equal certainty that there was ‘no authority whatever for rendering it “everlasting”‘.

‘Petavel points out that Scripture frequently uses aiōn, aiōnios and their Hebrew counterparts (olam in various forms) of things that have come to an end. The sprinkling of blood at the Passover was an “everlasting” ordinance (Exod 12:24). So were the Aaronic priesthood (Exod 29:9; 40:15; Lev 3:17), Caleb’s inheritance (Josh 14:9), Solomon’s temple (1 Kgs 8:12–13), the period of a slave’s life (Deut 15:17), Gehazi’s leprosy (2 Kgs 5:27)—and practically every other ordinance, rite, or institution of the Old Testament system. These things did not last “forever” in the sense of “time extended without limitation.” They did last beyond the vision of those who first heard them called “everlasting,” and no time limit was then set at all.’

In common with Jewish thought, the NT writers divide time into two overlapping ‘ages’ – the present age, and the age to come (Matt 12:32; Luke 20:34–35).  When Jesus and the apostles speak and write of the present age, it is clear that they are not thinking merely of a span of time, but of certain characteristics:-

Scripture makes it clear that the bliss of the righteous is everlasting, even if aiōnios had only a qualitative meaning, and no quantitative meaning:-

There are five passages in which the adjective aiōnios modifies a noun that indicates the result of an action.  There are: eternal salvation (Heb 5:9), eternal redemption (Heb 9:12), eternal judgment (Heb 6:2), eternal punishment (Matt 25:46), and eternal destruction (2 Thess 1:9).  In each case (maintains Fudge) we should understand that something has taken place in time that has everlasting consequence.

[See also this review of Ilaria Ramelli and David Konstan, Terms for Eternity: Aiônios and Aïdios in Classical and Christian Texts (Gorgias Press, 2013)]