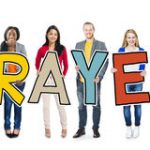 He comments, “writing about prayer is not prayer; neither is reading about it. Prayer is, well – prayer.” He then suggests a way of going about it.

Some quotes from the book:

Prayer is political action. That we have not collapsed into anarchy is due more to prayer than to the police.

The single most widespread misunderstanding of prayer is that it is private.

The best school for prayer continues to be the Psalms. It also turns out to be an immersion in politics.

Prayer was [the Psalmists’] characteristic society-shaping and soul-nurturing act.

Two psalms are carefully set as an introduction [to the Psalter]. Psalm 1 is a laser concentration on the person; Psalm 2 is a wide-angle lens on politics. We love Psalm 1 and ignore Psalm 2.

We often imagine that the psalms are private compositions. All of them are corporate; all were prayed by and in the community. We are made citizens of a kingdom, that is, a society. [God] teaches us the language of the kingdom by providing us with the psalms, which turn out to be as concerned with rough-and-tumble politics as they are with quiet waters of piety.