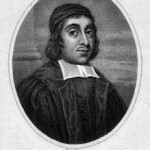 1 Jn 3:1  How great is the love the Father has lavished on us, that we should be called children of God! And that is what we are!

The wonder of God’s love in adopting us

The wonder of God’s love in adopting us will appear the more if we consider these six things:

Men adopt because they want children, and desire to have some to bear their name; but that God should adopt us when he had a Son of his own, the Lord Jesus, is a wonder of love. Christ is called ‘God’s dear Son.’ Col 1:13. A Son more worthy than the angels. ‘Being made so much better than the angels.’ Heb 1:4. Now, since God had a Son of his own, and such a Son how wonderful God’s love in adopting us! We needed a Father, but he did not need sons.

Consider what we were before God adopted us

We were very deformed; and a man will scarce adopt him for his heir that is crooked and ill-favoured, but rather him that has some beauty. Mordecai adopted Esther, because she was fair. When we were in our blood God adopted us. ‘When I saw thee polluted in thy blood, it was the time of love.’ Eze 16:6,8. God did not adopt us when we were bespangled with the jewels of holiness, and had the angels, glory upon us; but when we were black as Ethiopians, diseased as lepers, was the time of his love.

That God should be at so great expense in adopting us

When men adopt, they have only some deed sealed, and the thing is effected; but when God adopts, it puts him to a far greater expense; it sets his wisdom to work to find out a way to adopt us. It was no easy thing to make heirs of wrath, heirs of the promise. When God had found out a way to adopt, it was no easy way. Our adoption was purchased at a dear rate; for when God was about to make us sons and heirs, he could not seal the deed but by the blood of his own Son. Here is the wonder of God’s love in adopting us, that he should be at all this expense to accomplish it.

That God should adopt his enemies

If a man adopts another for his heir, he will not adopt his mortal enemy; but that God should adopt us, when we were not only strangers, but enemies, is the wonder of his love. For God to have pardoned his enemies had been much; but to adopt them for his heirs, sets the angels in heaven wondering.

That God should take great numbers out of the devil’s family, and adopt them into the family of heaven

That God should confer so great honour upon us, in adopting us

David thought it no small honour that he should be a king’s son-in-law. 1 Sam 18:18. But what honour to be the sons of the high God! The more honour God has put upon us in adopting us, the more he has magnified his love towards us. What honour that God has made us so near in alliance to him, sons of God the Father, members of God the Son, temples of God the Holy Ghost! that he has made us as the angels, Mt 22:30; nay, in some sense, superior to the angels! All this proclaims the wonder of God’s love in adopting us.’

To what does God adopt us?

He adopts us to a state of excellence

It were much for God to take a clod of dust, and make it a star; it is more for him to take a piece of clay and sin, and adopt it for his heir.

God adopts us to a state of liberty

Adoption is a state of freedom; a slave being adopted is made a free man. ‘Thou art no more a servant but a son.’ Gal 4:7. How is an adopted son free? Not to do what he lists; but he is free from the dominion of sin, the tyranny of Satan, and the curse of the law. He is free in the manner of worship. He has God’s free Spirit, which makes him free and cheerful in the service of God; he is ‘joyful in the house of prayer.’ Isa 56:7.

God adopts us to a state of dignity

He makes us heirs of promise, he installs us into honour. ‘Since thou west precious in my sight, thou hast been honourable.’ Isa 43:4. The adopted are God’s treasure; Ex 19:5; his jewels; Mal 3:17; his first-born; Heb 12:23. They have angels for their life-guards. Heb 1:14. They are of the blood royal of heaven. 1 Jo 3:9. The Scripture has set forth their spiritual heraldry; they have their escutcheon or coat-armour; sometimes the lion for courage; Pr 28:1; sometimes the dove for meekness; So 2:14; sometimes the eagle for flight; Isa 40:31: Thus you see their coat of arms displayed.

What is honour without inheritance? God adopts all his sons to an inheritance

‘It is your father’s good pleasure to give you the kingdom.’ Lk 12:32. It is no disparagement to be the sons of God. To reproach the saints, is as if Shimei had reproached David when he was going to be made king. Adoption ends in coronation. The kingdom God gives his adopted sons and heirs excels all earthly monarchies:-

(b) In tranquillity. It is peaceable, and the white lily of peace is the best flower in a prince’s crown. Pax una triumphis innumeris melior [One peace is better than innumerable triumphs]. No divisions at home, or invasions abroad; no more the noise of the drum or cannon; but the voice of harpers harping is the hieroglyphic of peace. Rev 14:2.

(c) In stability. Other kingdoms are corruptible; though they have heads of gold they have feet of clay; but the kingdom into which the saints are adopted runs parallel with eternity, it is a kingdom that cannot be shaken. Heb 12:28. The heirs of heaven reign for ever and ever. Rev 22:5.’

The first sign of adoption is obedience. A son obeys his father. ‘I set before the sons of the house of the Rechabites pots full of wine, and cups, and said unto them, Drink ye wine. But they said, We will drink no wine: for Jonadab the son of Rechab our father commanded us, saying, Ye shall drink no wine.’ Jer 35:5. So, when God says drink not in sin’s enchanted cup, an adopted child says, my heavenly Father has commanded me, and I dare not drink. A gracious soul not only believes God’s promise, but obeys his command. True child-like obedience must be regular, which implies five things:

It must be done by a right rule

Obedience must have the word for its rule. Lydius lapis [This is the touchstone]. ‘To the law and to the testimony.’ Isa 8:20. If our obedience be not according to the word, it is offering up strange fire; it is will worship; and God will say, Who has required this at your hand? The apostle condemns worshipping of angels, which had a show of humility. Col 2:18. The Jews might say that they were loath to be so bold as to go to God in their own persons; they would be more humble, and prostrate themselves before the angels, desiring them to be their mediators to God. Here was a show of humility in their angel worship; but it was abominable, because they had no word of God to warrant it; it was not obedience, but idolatry. Child-like obedience is that which is consonant to our Father’s revealed will.

It must be done from a right principle, from the noble principle of faith

‘The obedience of faith.’ Rom 16:26. Quicquid decorum est ex fide proficiscitur [All acceptable works proceed from faith]. Augustine. A crab-tree may bear fruit fair to the eye, but it is sour because it does not come from a good root. A moral person may give God outward obedience, which to the eyes of others may seem glorious; but his obedience is sour because it comes not from the sweet and pleasant root of faith. A child of God gives him the obedience of faith, and that meliorates and sweetens his services, and makes them come off with a better relish. ‘By faith Abel offered a better sacrifice than Cain.’ Heb 11:4.

It must be done to a right end

Finis specificat actionem [The end determines the value of the deed]; the end of obedience is glorifying God. That which has spoiled many glorious services, is, that the end has been wrong. ‘When thou doest shine alms, do not sound a trumpet, as the hypocrites do, that they may have glory of men.’ Mt 6:2. Good works should shine, but not blaze. ‘If I give my body to be burnt, and have not charity, it profits me nothing.’ 1 Cor 13:3. The same I must say of a sincere aim; if I obey never so much, and have not a sincere aim, it profits me nothing. True obedience looks at God in all things. ‘That Christ may be magnified.’ Php 1:20. Though a child of God shoots short, yet he takes a right aim.

True child-like obedience must be uniform

A child of God makes conscience of one command as well as another. Quicquid propter Deum fit aequaliter fit [All things done for God are done with equal zeal]. All God’s commands have the same stamp of divine authority upon them; and if I obey one precept because my heavenly Father commands me, by the same rule I must obey all. As the blood runs through all the veins of the body, and the sun in the firmament runs through all the signs of the zodiac; so true child-like obedience runs through the first and second table. ‘When I have respect unto all thy commandments.’ Ps 119:6. To obey God in some things of religion and not in others, shows an unsound heart; like Esau, who obeyed his father in bringing him venison, but not in a greater matter, as the choice of his wife. Child-like obedience moves towards every command of God, as the needle points that way which the loadstone draws. If God call to duties which are cross to flesh and blood, if we are children, we shall still obey our Father.

(A Body of Divinity)