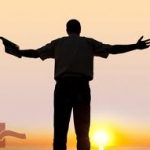 While it is true that preachers are not self-appointed (“how can they preach unless they are senṭ” Rom 10:15), it should be noted that Jesus commissioned not merely the Twelve but also the rank and file of his disciples to preach the kingdom of God (cf. the extensive parallels between Mt 10 and Lk. 10, though the latter lacks the term kērýssō). Likewise, in Luke’s account of the “Great Commission” (that “repentance and forgiveness of sins should be preached in his name to all nations,” Lk 24:47) Jesus’ immediate audience included other disciples (e.g., Cleopas and his unnamed companion; cf. also v 33) in addition to the apostles.

Acts 8:1–4 stresses that it was not the apostles (v 1) but all the other believers in Jerusalem who “were scattered” and so “went about preaching the word” (v 4). Since v 3 specifically mentions that women were included among the believers who were persecuted, the text does not warrant an interpretation that excludes women from those who fled Jerusalem and “went about preaching the word.” Here as elsewhere the NT upholds the principle of the “preacherhood of all believers.”

It is therefore not surprising that “preachers” and “preaching” are conspicuously absent from the various lists of offices and gifts in the NT (Rom 12:6–8; 1 Cor 12:8–10, 28–30; Eph 4:11; 1 Pet 4:10f.). The call to preach is not reserved for some elite few among Jesus’ followers or for those with special abilities in public speaking. It is the duty and privilege of every believer—for all who would not be ashamed of Jesus and his words (Mk 8:38).