Those who are in the public eye often find it difficult to back down, to admit that they were wrong, to apologise.

With members of his own team under investigation for allegedly fixing certain on-field events in order to defraud bookies, he declared, in an interview, that talk was rife that England players had been up to the same kinds of tricks.  He made it clear that he gave credence to those rumours.

Subsequent to that interview, he maintained his stance and refused to back down.

Now, under threat of legal action from the English cricket authorities Butt has come up with what is being described as an ’embarrassing climb-down’.  But is it?

What Butt now says is,

It is regrettable that there was a misunderstanding arising from my comment.  I deeply and sincerely regret that my statements have been interpreted to cast doubt upon the good names of the England players and the ECB.

I wish personally and on behalf of the Pakistan Cricket Board to withdraw the comments.  I never intended to question the behaviour and integrity of the England players nor the ECB.

On the basis of this, the England and Wales Cricket Board says that the matter is now closed.

But if we add to the actual wording of Butt’s statement the facts that the statement was extracted from him after some considerable delay, and at the point where legal action against him was becoming rather imminent, then it takes on many of the signs of damage limitation, and few of sincere apology. 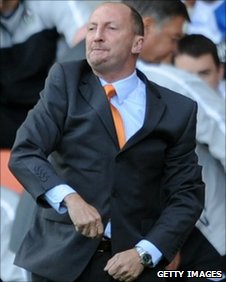 Rather more convincing is football manager Ian Holloway’s apology for swearing at the referee after a recent match.  OK, Holloway is also under threat (of a touchline ban), but his response was both more prompt and more fulsome:-

I apologise for the abusive language I used…I have got to learn…I’m still learning and I have got to learn quickly. I should have learned last week that whatever I shout out at someone because I am frustrated isn’t acceptable, not from my position.  That is not a good example to show to anyone in that tunnel and it is not what I want to say to that referee, because he did his best.

Yes, it can be difficult to apologise.  But there is a certain kind of magic (not to say godly grace) in the words, ‘What I did was wrong.  I’m sorry.  Please forgive me.’