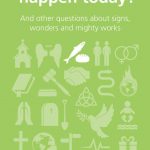 This entry is part 2 of 4 in the series: Do miracles happen today? (Chester)

The second part of Tim Chester’s little book Do Miracles Happen Today? that I would like to summarise and reflect on comes in chapter 3.

While insisting that God can and does do miracles today, Chester says that, in fact, they are fewer and lesser in scope than those that happened at the time of the Gospels and Acts.

Some Christians put this down simply to a lack of faith on our part.  If our expectations were greater, then so would the provision of miracles.

Maybe there is something in that.  But if we look again at the purposes of New Testament miracles, then we begin to see other reasons why they might be rarer today:

Miracles confirm the Jesus is the Saviour of the world.  See Acts 2:22; Jn 10:37f; 20:30f.  I am not the Son of God: therefore I cannot do the miracles that Jesus did.  Miracles point to Jesus as saviour: the very word often translated ‘healed’ could equally be translated ‘saved’ (Lk 8:48; Acts 4:9-12).  The miracles of Jesus and the first apostles are ‘signs’ pointing towards Jesus and his salvation.  They are also glimpses of the renewal of all things that he will usher in.

Miracles confirm that Jesus is stronger than Satan.  Jesus clearly saw himself as confronting the powers of evil (and not simply treating mental illnesses).  See Mt 4:24; Mk 3:11, 15, 5:6-13.  It would appear that Satan was especially active during the ministry Jesus, because he knew that his own kingdom was under threat.  ‘At the incarnation the Son of God became human so that Jesus was truly God and truly man. It may be that Satan did his best to copy this by sending his demons to possess people. These could not be a true incarnation, of course, because a demon is neither truly God, nor can it become truly human. But it can control a human body.’  Jesus, for his part, was intent on destroying the works of Satan, Mk 3:22; 1 Jn 3:8.  Every time Jesus expelled a demon, it was a sign that he was about to bind Satan’s power and release those who had been under his dominion.

Satan is ‘the father of lies’ (Jn 8:44).  Today, it would seem that his principle lie is the doctrine of materialism – both as a philosophy and as a lifestyle.  As a philosophy, materialism denies that there is a spiritual, heavenly or transcendent world with an eternal future.  As a lifestyle, materialism tempts us with lesser things – pleasures and possessions – in order to distract us from enjoying God and glorifying him for ever.

Miracles confirm that the Bible is the word of God.  Miracles do not occur evenly throughout the Bible.  Rather, they are clustered around the times of Moses, of Elijah and Elisha, and Jesus and his apostles.  Between these times centuries often went by without any miracles being recorded.  Now, the times just mentioned were times of revelation – of God’s law in the case of Moses, of the word of prophecy in the case of Elijah and Elisha, and, of course, of the Living Word in the case of Christ and the apostles.  The miracles are accompanied (implicitly or explicitly) with the command: ‘Listen to him!’ (Mk 9:7).  Jesus himself preauthenticated the message of the apostles (Jn 14:25; 16:12-15), who would faithfully record what he said and did.

How foolish it is, then, for us to demand from God a miracle that would confirm what he has already confirmed to us.  See Mt 12:38f.

In the past, God’s revelation was varied and piecemeal.  But now he has revealed himself in his Son (Heb 1:1-3).  The signs are not needed when that which was signified has come.

We think we know what we need.  Give me physical healing!  But, from the account of the healing of the paralysed man in Mk 2:5, it is clear that there is a deeper need which is shared by us all.  The healing of the body points to, and is a sign of, a healing from the ravages of sin that alone confers eternal life.